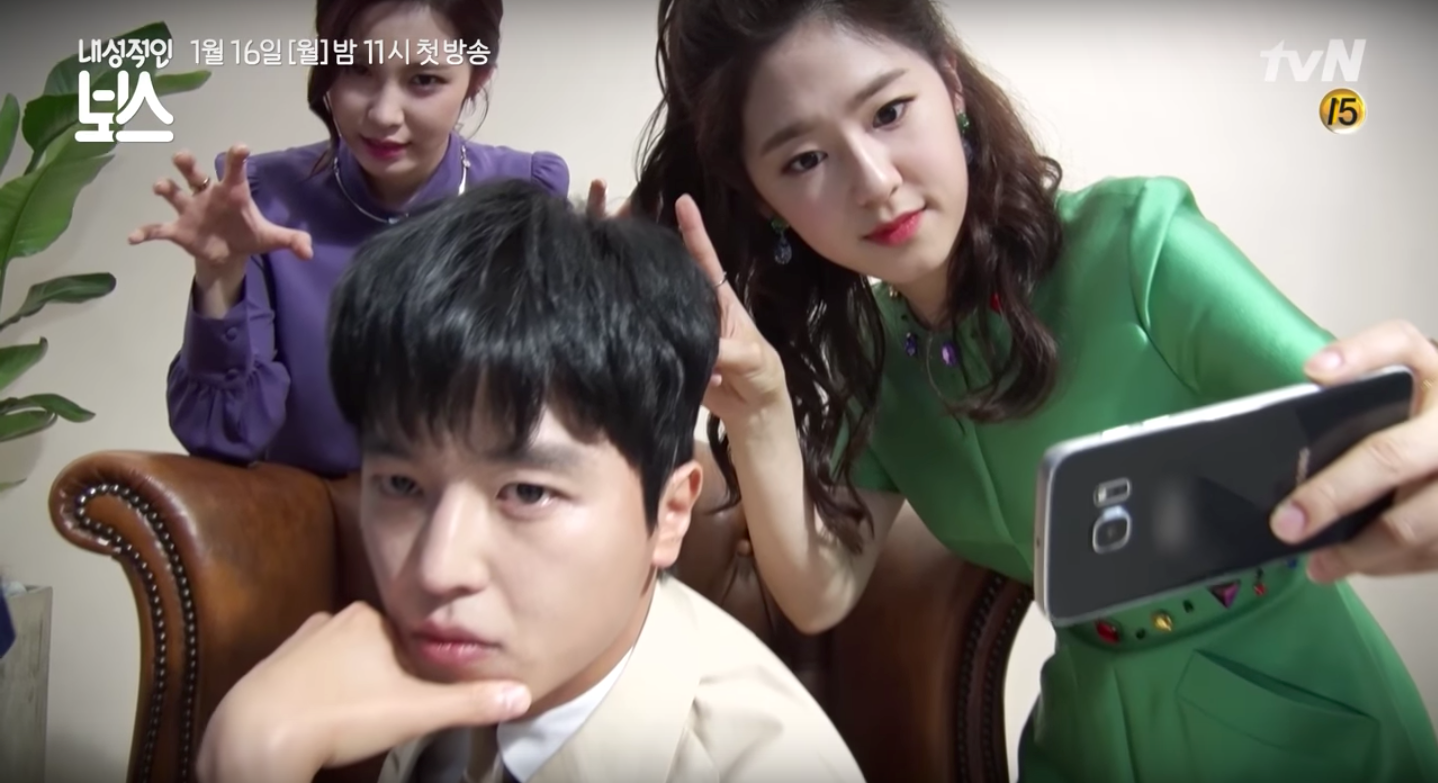 
In the end he pays for it himself. Still, Hyun-hee is flirting in her own way, and smiles when he buys a bunch of wallets to contribute to the charity auction. Jang-mi arrives dressed for the party and runs into Hoon-dong out in the street, and he apologizes sincerely, wanting to talk.

But Ki-tae arrives to whisk her away, and has to stop her from running back to Hoon-dong. She takes Hoon-dong to the party instead, both of them feeling the sting of rejection. Jang-mi is sure that Hoon-dong was about to say something important, and Ki-tae chides her for caving so easily at one apology. He reminds her not to get caught showing her true feelings if she wants to maintain her pond. They arrive at the pool party, where they just run into Hoon-dong and Se-ah all over again.

Jang-mi realizes that Hoon-dong only wanted to bring her here, and sees through his so-called apology. Ha, I love that he always enters a room to a dedicated power strut theme song. Jang-mi sighs that even Yeo-reum belonged to a different farm altogether. Hyun-hee arrives outside to deliver the wallets that Hoon-dong ordered, and angles for an invite.

Yeo-reum already knows, hence the new suit paid for by Se-ah, while Ki-tae has to be forcibly pushed onto the stage to do his part, yunno, for charity. The MC pits Ki-tae against Yeo-reum to raise the bids, and Ki-tae acts like this is the worst punishment known to man, while Yeo-reum enjoys the attention and handily dances his way to a cool 5,,won bid. Hoon-dong is forgotten about and put up for auction last, and no one bids on him.

Hoon-dong makes every effort to sing and dance for more bids, but it gets uncomfortably pathetic. The guys see his player tactics from a mile away. He leaps into the pool and lands in a huge belly flop, and suddenly he seems extra pathetic, standing there shivering in the water with no one to bid on him.


A tear falls as she approaches, and she takes Hoon-dong by the wrist and leads him out of the pool. She brings him a towel to dry off and he thanks her for the rescue. She sees now that he was never truly sorry to begin with, and Hoon-dong just breezes that he thought they could be friends. She limps over to Ki-tae wearing only one shoe, and says she wants to call the whole thing off. Ki-tae comes back and watches them with a long face. What a fun opening, full of surprising twists and turns, genuinely interesting characters, and a lightness that feels like a breath of fresh air.

And she does crazy eyes so well.

She takes nothing lying down, and speaks her mind with a sharpness that always leaves me satisfied and in her corner rather than feeling sorry for her, no matter how embarrassed she might have been at the outset. And part of that is in keeping him from being too sympathetic, which is what I like about the writing.

So… a normal guy. Your email address will not be published. Thanks for the recap.

Can't wait until you catch up to episode 5! Just finished episode five, I am also glad it is now being recapped. When I started it I really wasn't expecting much, and was so surprised how much I enjoyed it. Love the chemistry between the leads, Han groo is really funny, only other thing I have seen her in that I can recalled was scandal and I am glad she has gotten a leading role.

Tvn really churns out some surprising dramas, this and high school king of savvy has become my favourites of the week. I can't believe you guys are recapping this!

You should check out "Killer K" from a few years ago. Han Groo is awesome, but in a totally different, Tarantino heroine kind of way. She was really underused in "Scandal," but it seems like this show's gonna be her new "Leading Lady" break out roll. I kept checking Dramabeans several times a day hoping this would get recapped. I'd almost given up. I'd even resorted to leaving notes in other threads "hinting" if this could be recapped. Had no one to talk to about how awesome this drama is so thank you thank you thank you girlfriday and lollypip.

Lol i wanted to do the same for koalas playground. She keeps talking about a good rom com and I'm like hello? Everyone needs to check out this show. I died laughing at the end of episode 5.

They're cold openings are so well done and not cliched lie most dramas. Now i get to to share the love.


Thank you for recapping! I've been completely in love with this show since day 1. I hope it get's a lot of love. It has been a while since I watched a drama all over again like times in a week while waiting for the next episode to come.. Thanks for covering this show! I watched the first two episodes on a whim, and was surprised by how fun and charming it is!

Have yet to pick up High Sch King of Savvy the title put me off but will soon - seems like an enjoyable ride. I must've replayed that scene so much - you know where she's banging on the bathroom door with the beer bottle, and she's raging to come face to face with her jerk ex. Then, when the door finally opens My heart breaks as I watch her eyes Thank you girlfriday and LollyPip for agreeing to taking this show on: I was on the fence at first about the show and wanted to see what others were thinking. Thankfully I watched until ep and realized that although the heroine is a clingy, stalking mess I couldn't help but root for her.

She likes the 2nd? She doesn't try to change him and just accepts him as he is. When she gets knocked down she just feels sad then bounces right back I love it! I am so happy that it's being recapped here!! Such a refreshing show and it's absolutely hilarious.

WANT TO FLAG THIS?

I think in addition to the witty banter and great comedy, the music choices have all been so awesome and just make each scene that much more hilarious and epic feeling lmao. I totally agree that the music pieces bring up the lightness and freshness of the show I find Han Groo an amazing actress. I've not watched any of her other shows, but I might do so. She is a young actress with great potential to continue to be the lead. Fantastic writing and directing too. I really enjoy this show for the insanity it is.

Jang-mi is a wonderful character that you can't help but root for. Yeah, I cringed a lot at her stalker-tendencies, but at the same time, there is such a realness to her that I can't be bothered too much by her flaws. She's so full of gusto and good intentions. I love the banter between her and Ki-tae, who is also a great character in his own right. I find his honesty however brutal refreshing since it's rare for male characters to be that way in many dramas. He's got his assy flaws, but like Jang-mi, he has that realness as well. I'm anxiously waiting for the moment they fall in love!